Since Blue Planet II highlighted the huge scale of ocean plastic, public awareness of the problems associated with single use plastic has risen. But how does 12 million tonnes of plastic really end up in the sea each year?

On a chilly Saturday evening in November, Reading Towns main shopping street in the UK came to a standstill to watch a giant, glowing puppet of a whale glide by, accompanied by graceful jellyfish, all crafted from disposable plastic. 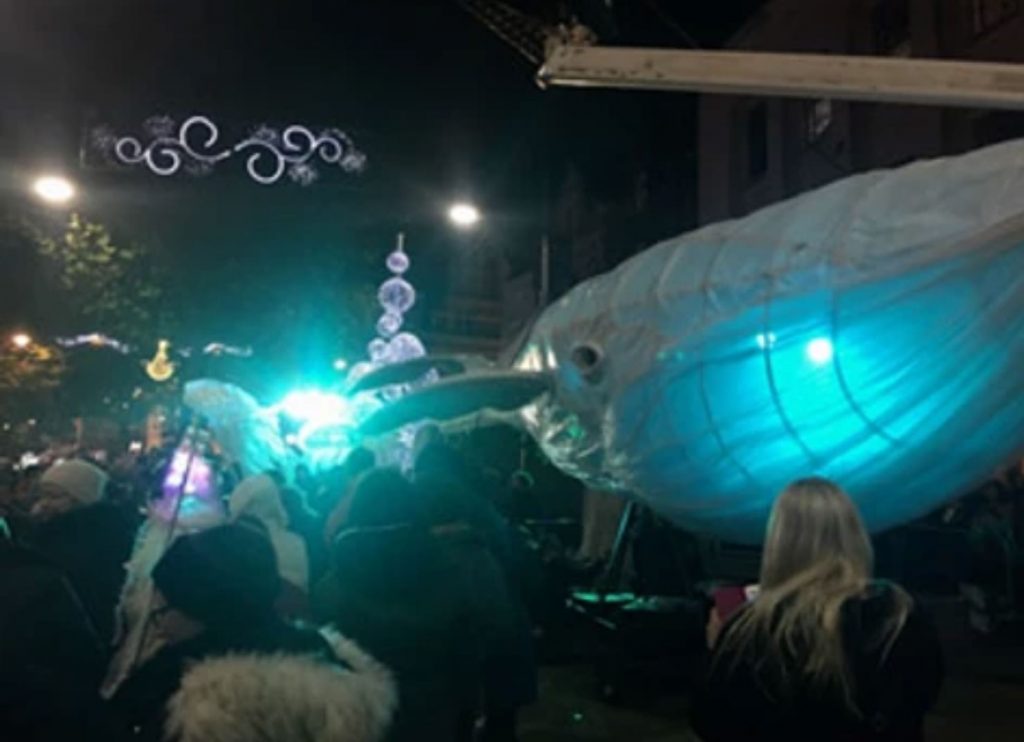 The spectacle began with recordings of children talking about the realities of ocean plastic and concluded with a junk percussion group made up of local families, playing a rousing samba rhythm on drums made from empty packaging. The crowd soon joined in shouting out the refrain, ‘Say no to plastic’!

In a haunting coincidence, earlier that week a whale had hit the headlines after being found dead, washed up on an Indonesian beach, with its stomach full of plastic. The shocking list of over 1,000 items included 115 disposable cups.

But how does all that plastic get into the sea? And is any of it actually coming from Britain?

Apart from fishing debris, which makes up at least 20% of ocean plastic, plastic can find its way into the sea by a variety of means. These include:

· waste escaping during transport and floating down rivers to the sea

· personal care products being flushed down the toilet

Of course some of the plastic in the sea does come directly from the UK. Some also finds its way there from other countries where we have sent waste for processing. Since China banned import of plastics for recycling at the end of 2017, we have begun shipping larger quantities of waste to some of the countries with the worst records for ocean pollution, including Malaysia, Vietnam and Thailand.

The reality is that we can’t just keep exporting the problem, and burying plastic or incinerating it are clearly not sustainable solutions either. We just need to start weaning ourselves off our addition to throwaway plastic.

One powerful change you can make is to encourage your organisation to make the switch to reusable coffee cups, such as GoReuseable bamboo eco cups. Made from sustainable bamboo, they’re light yet strong, making them practical as well as enjoyable to use. A simple change that could help to turn the tide of ocean plastic.